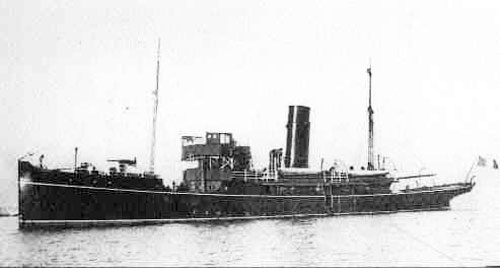 During the 1916 Rising ,the Irish Volunteers entrenched themselves in many buildings,the British decided to use artillery to root them out.

From Wednesday on, Liberty Hall, the GPO and other buildings in Sackville Street came under artillery and incendiary ﬁre, mostly from the gunboat Helga at anchor in the Liﬀey. The Imperial Hotel located over Clery’s department store, across the street from the GPO, was one of the ﬁrst buildings to be set on ﬁre; soon most buildings between that and the Liﬀey were in ﬂames. Connolly had naively believed that the British would not use artillery in city areas because as capitalists they would be reluctant to destroy property (National Library of Ireland)

The National Graves Association said in 2003: “On April 23, 1916, some 150 insurgents took over the GPO in Dublin and the men and women fought without pause or sleep for five days and nights.
“Ravaged by sniper fire, machine guns, nine-pound guns from Trinity College and 18-pound shells from the gunboat the Helga, the insurgents were forced to abandon the GPO and set up headquarters in 16 Moore Street.”

Their main firepower was provided by the gunboat Helga and field artillery (namely 18 pounder artillery guns,IVCO) summoned from their garrison at Athlone which they positioned on the north side of the city at Prussia Street, Phibsborough and the Cabra road. These guns shelled large parts of the city throughout the week and burned much of it down. (The first building shelled was Liberty Hall, which ironically had been abandoned since the beginning of the Rising.) Interestingly the Helga’s guns had to stop firing as the elevation necessary to fire over the railway bridge meant that her shells were endangering the Viceregal Lodge in Phoenix Park,

The Helga ll alias “Muirchu” was built in Liffey Dockyard in 1908 as a fishery protection cruiser and was named “Helga II”. She was then under control of the Department of Agriculture and Technical Instruction (Ireland) until she was taken over by the Admiralty in March 1915 when she became officially described as “H.M.Y. Helga”, an armed steam yacht. At this time the “II” was dropped from her name and she served as an anti-submarine patrol vessel as well as undertaking escort duty in the Irish Sea. In April 1918 she was credited with the sinking of a submarine off the Isle of Man and for the remainder of her career she carried a star on her funnel as an award for this achievement.

In October of the same year the “Leinster” was torpedoed off the Kish and six hundred passengers were lost. The “Helga” was fuelling in Dun Laoghaire at the time and managed to rescue ninety of the passengers. Perhaps it was for her shelling of Liberty Hall in April 1916 that the “Helga” is best known. She was later used to transport Black and Tans around the coast when many of the roads in Ireland were rendered impassable by Irish forces in the War of Independence. Eventually the “Helga” was handed over to the Irish Free State in August 1923 and was renamed “Muirchu”. She thus became one of the first ships in the newly established Irish Navy. 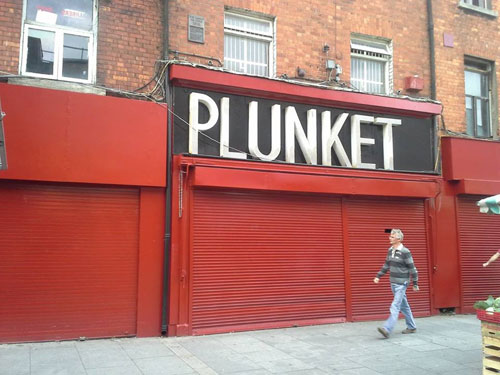 However, in the following year the vessel was returned to the Department of Agriculture and Fisheries to carry on her task of fishery protection. It was not until the actual day on which the Second World War was declared that the Marine and Coast-watching Service was again established and on 12th December, 1939 the “Muirchu” was taken over by this Service from the Department of Agriculture and Fisheries. It is of particular interest to note that Colonel Lawlor was appointed Commanding Officer of the Service in January, 1940.

The Marine Service became a permanent part of the Defence Forces in 1946 and thus was established the “third” Irish Navy. In the following year the “Muirchu” was sold to Hammond Lane Foundry, and while on passage to Dublin on the 8th May, 1947 she sank off the Saltee Islands but not before her entire crew got safely off the historic old ship.