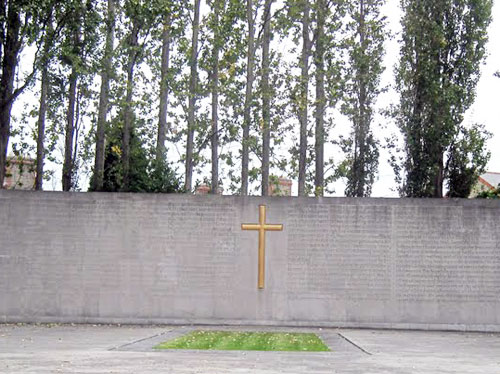 Arbour Hill prison was designed by Sir Joshua Jebb and Frederick Clarendon and opened on its present site in 1848, to house military prisoners. The church has an unusual entrance porch with stairs leading to twin galleries for visitors in the nave and transept. Another unusual feature is the Celtic round tower which erupts from a rectangular base. It opened as a civilian prison in 1975.

The military cemetery at Arbour Hill is the last resting place of 14 of the executed leaders of the insurrection of 1916. Among those buried there are Patrick Pearse, James Connolly and Major John Mc Bride. The leaders were executed in Kilmainham and then their bodies were transported to Arbour Hill, where they were buried.

The graves are located under a low mound on a terrace of Wicklow granite in what was once the old prison yard. The gravesite is surrounded by a limestone wall on which their names are inscribed in Irish and English. On the prison wall opposite the gravesite is a plaque with the names of other people who gave their lives in 1916.

They still lie in the same plot, but the prison wall has been moved and a memorial built to honour these men. The memorial includes the 1916 Proclamation of Independence in both Irish and English, and a plaque close by commemorates all those who gave their lives in 1916. The graveyard church is closed to the public, except for Sunday services at 10am. Visits take between 30-45 mins, however, guided tours are not available.

The park is watched over by a quite interesting church, today used as the chapel of the Irish Armed Forces and decorated with flags and military emblems. Also sticking out is a massive concrete wall with a modern watchtower – part of Arbour Hill Prison. which is maintained by the Department of Defence. At the rear of the church lies the old cemetery, where lie the remains of British military personnel who died in the Dublin area in the 19th and early 20th century. 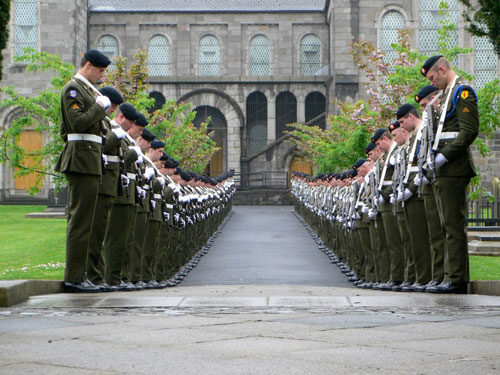 Arbour Hill used to be a cemetery, now it is more of a park – thanks to the Irish government’s dedication to “clean up” the site and focus the attention on the fourteen executed leaders of 1916. Their bodies were unceremonously thrown into a pit and covered with quicklime. As was a traitors wont …

When Ireland gained sovereignty over the British military installations, they of course decided to remodel the anonymous mass grave into a shrine – which it is today. Complete with names and a massive memorial featuring the declaration of the Irish Republic. At the same time the British headstones were removed, the graveyard converted into parland, and the memorials stored along the outer wall. For the historian many of these memorials may actually be interesting.

Accessible through a gate in the rear wall is a memorial to Irish soldiers and gardai killed in UN service, center-piece of its own small park.

Is Arbour Hill worth visiting? Yes for the completist and the historian, The casual tourist if assisted by a guide would be very impressed with the solitude, reverence and ambience of this little piece of historic Dublin. Access is relatively easy,  the cemetery is just behind and signposted from Collins Barracks.