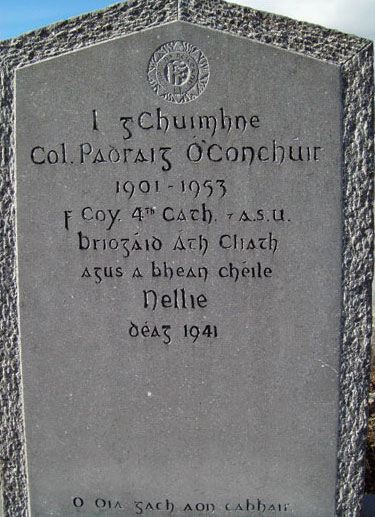 Colonel Padraig O’Connor, a veteran of the 1916 Rising, the War of Independence and the Civil War, came from an Army Family. He instigated the formation of a completely Irish speaking battalion in the Irish Army in 1924.

He served with the active Service Unit under Michael Collins, and at this time he held the rank of Lieutenant in the 4th Dublin Brigade. In 1923 he was promoted to a full Colonel in the Free State Army. He was one of the Officers who took over Beggars Bush Barracks from the British.

Padraig come from a Military Family. His Father was a schoolteacher who spoke fluent French, was a Gaelic Scholar and active politically during the War of Independence 1916-1921, He was also elected a councillor to Dublin Corporation during this period. He followed Padraig into the newly formed Free State Army in 1922 with the rank of Lieutenant but was to die suddenly in 1927.

Padraig was appointed Director of Training – 23 May, 1923. In 1928 he became Governor of Limerick Prison. He returned to active service at the outbreak of the second world war and was O/C command and training. He died suddenly at the young age of 52 years

Another Brother of Padraig’s, Sean, was active during the War of Independence. He was promoted to the rank of Com. in the New Free State Army. Like his brother Padraig, Sean also participated in the hand over of Beggers Bush barracks from the British on the 4th February 1922. He was in charge of the first Irish speaking Battalion. At the outbreak of World War 2. Sean was also one of the Officers in the new Marine Service subsequently renamed The Naval Service in 1946. He was Officer in charge of records in the Western Command but unfortunately in 1956 collapsed and died while on parade at Renmore Barracks.He was 53 years of age.

Another Brother Michael spend a short period in the Army from 1922 to 1924. Unlike his older Brothers he left the Army after two years and took up work in civie street. He died in the 1960’s.

Turlough, another Brother also joined the Irish Army, being musically minded he joined the Army School of Music in 1925 at the tender age of 15. Turlough like Piaras was very active in sport and excelled in Atletics, Soccer and Boxing but tragically like his other three Brothers died at the young age of 40. 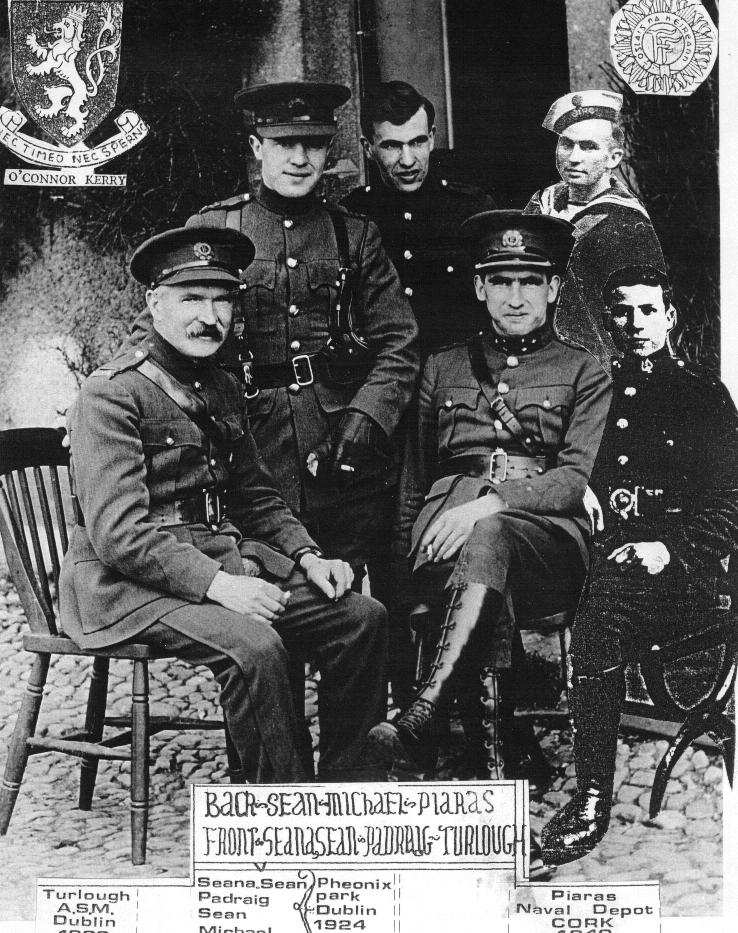