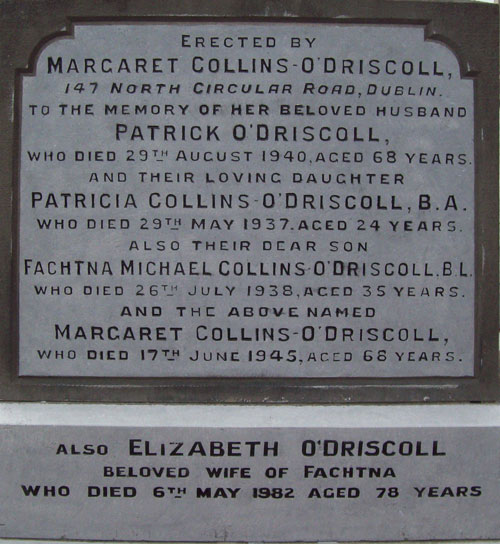 Daughter of Michael John Collins and Marianne O’Brien. Margaret was a sister of Michael Collins she married Patrick O’Driscoll in 1902.

Margaret a sister of Michael Collins was educated at Baggot Street Teacher Training College . Was a school teacher and school principal before entering politics as a Cumann na nGaedhael TD. She was first elected to Dáil Éireann at the 1923 general election. She was re-elected at every subsequent election until she lost her seat at the 1933 general election.