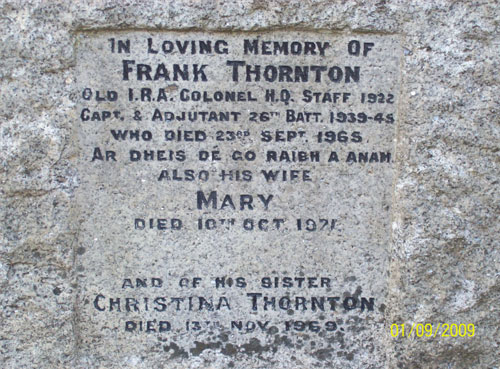 Michael Collins established an IRA intelligence staff in 1919. The main figures in this were Paddy Daly, Gearoid O’Sullivan, Liam Tobin, Frank Thornton and Joe O’Reilly. Collins had also selected a group of Volunteers, known as the Squad. The Cairo Gang was a group of British Intelligence agents who were sent to Dublin during the Anglo-Irish War to conduct intelligence operations against prominent members of the Irish Republican Army (IRA). Twelve people, including British Army officers, Royal Irish Constabulary officers and a civilian informant, were assassinated on the morning of 21 November 1920 by the IRA in a planned series of simultaneous early-morning strikes engineered by Michael Collins. The events were to form the first killings of Bloody Sunday.