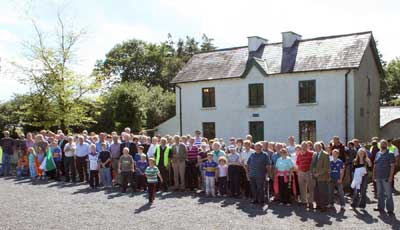 Famine Warhouse 1848 is a national heritage site under the Office of Public Works The Famine 1848 Walk takes place this year on Saturday, 28 July 2007 at 3pm from the 1848 National Flag Monument in the village of The Commons to the Famine Warhouse 1848, a distance of one and a half miles. All are welcome

At other times it is freely open by appointment, contact the OPW local number 087-9089972 (this number is on the signs at the public road entrance) or from outside Ireland +353 87 9089972. Free Visitors’ Guide leaflets available. The Office of Public Works officially opened the Famine Warhouse 1848 on Wednesday, 21 July 2004 at 3 pm. This was the location of William Smith O’Brien’s Rising in 1848.  The house which belonged to the McCormack family has always been known locally as the Warhouse.

The official State name for the house is now ‘Famine Warhouse 1848’. The permanent historical exhibition in the house by the historian Dr Thomas McGrath places the Rising and the history of the Young Irelanders in the context of the Great Famine and 1848 as Europe’s year of Revolutions from France to Hungary. The trial and penal exile of O’Brien, Thomas Francis Meagher and the others in Van Diemen’s Land (Tasmania) and the subsequent escapes of some of them to the United States of America where they became leaders of the Famine Irish in exile are all covered in a wide-ranging exhibition. The official opening was carried out by Mr Tom Parlon, T.D., Minister of State at the Department of Finance with special responsibility for the Office of Public Works. 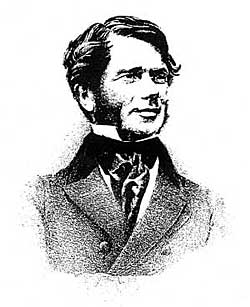 During the Great Famine, 1845-1850, the Warhouse at Ballingarry, Co. Tipperary, was the scene of the principal action of the 1848 Rebellion by the Young Irelanders.
The Young Irelanders became increasingly discontented and radicalised by the horrors of the Great Famine, 1845-1850. The government was committed to the principle of free trade and its response had not been adequate to prevent deaths on a massive scale.  As the famine progressed, the Young Irelanders denounced the government for not doing enough. O’Brien was the most trenchant critic of the government in the House of Commons. Of  a total Irish population of eight million, a million people died during the Famine and another million fled into exile, mainly to North America.
1848: Revolutions in Europe
1848 was a year of revolutions throughout continental Europe. In February 1848, the King of France was overthrown and a Republic proclaimed in Paris. The French Revolution sent political shock waves across Europe. Revolutions broke out in Berlin, Vienna, Rome, Prague, Budapest and Cracow and, at least temporarily, absolutist governments were replaced by liberal administrations, near universal suffrage was introduced and elections were held to constituent assemblies to draw up new national constitutions.  It was described as the “springtime of the peoples”. 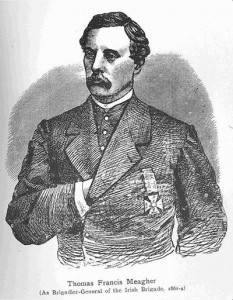 The Young Irelanders were deeply influenced by these events and the success of liberal, romantic nationalism on the European mainland inspired the movement to contemplate revolution in Ireland. O’Brien and Thomas Francis Meagher led a delegation to Paris to congratulate the new French Republic. Meagher returned to Ireland with the tricolour flag (now the national flag) – a symbol of reconciliation between the Orange and Green.
The fact that the continental revolutions were relatively bloodless led O’Brien to believe that he could attain a similar result in Ireland by manifesting the moral will and the moral force of a united people. He hoped to unite landlord and tenant in Ireland in protest against British rule. The Young Irelanders prepared for a Rising in autumn 1848. The government, however, forced their hand on 22 July 1848 by announcing the suspension of Habeas Corpus which meant that the Young Irelanders could be imprisoned on proclamation without trial. O’Brien decided that rather than let the government arrest the leaders of Young Ireland a stand had to be made. Rebellion From 23-29th July 1848, O’Brien, Meagher and Dillon raised the standard of revolt as they travelled from Co. Wexford, through Co. Kilkenny and into Co. Tipperary. 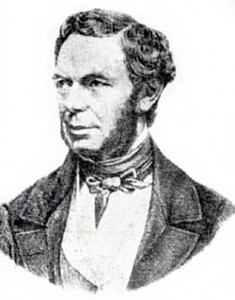 The last great gathering of Young Ireland leaders took place in the village of The Commons on 28 July. On 29 July, O’Brien was in The Commons where barricades had been erected to prevent his arrest. His local supporters – miners, tradesmen and small tenant farmers – awaited the arrival of the military and police. As the police from Callan approached the cross roads before The Commons from Ballingarry they saw barricades in front of them and, thinking discretion the better part of valour, they veered right up the road towards Co. Kilkenny. The rebels followed them across the fields. Sub-Inspector Trant and his forty-six policemen took refuge in a large two-storey farmhouse taking hostage the five young children who were in the house. They barricaded themselves in, pointing their guns from the windows.
The house was surrounded by the rebels and a stand-off ensued. Mrs Margaret McCormack, the owner of the house and mother of the children, demanded to be let into her house but the police refused and would not release the children. Mrs McCormack found O’Brien reconnoitring the house from the out-buildings, and asked him what was to become of her children and her house. O’Brien and Mrs McCormack went up to the parlour window of the house to speak to the police. Through the window  O’Brien stated : “We are all Irishmen – give up your guns and you are free to go”. O’Brien shook hands with some of the police through the window. The initial report to the Lord Lieutenant of Ireland stated that a constable fired the first shot at O’Brien who was attempting to negotiate. General firing then ensued between the police and the rebels. O’Brien had to be dragged out of the line of fire by James Stephens and Terence Bellew MacManus, both of whom were wounded. 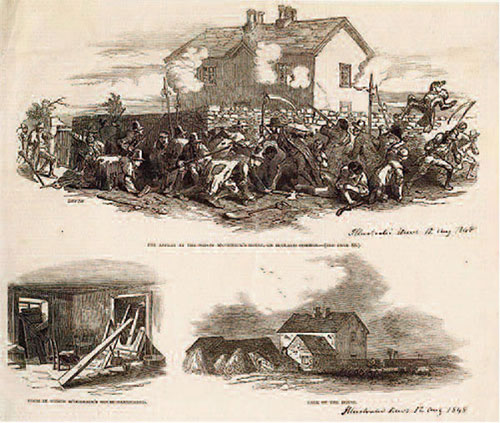 The rebels were incensed that they had been fired upon without provocation and the shooting went on for a number of hours. During the initial exchange of fire the rebels at the front of the house – men, woman and children – crouched beneath the wall. So great was the pressure of the crowd that one man, Thomas Walsh, was forced to cross from one side of the front gate to the other. As he crossed between the gate piers he was shot dead by the police. During lulls in the shooting the rebels retreated out of the range of fire. Another man, Patrick McBride, who had been standing at the gable-end of the house when the firing began –  and was quite safe where he was –  found that his companions had retreated. Jumping up on the wall to run to join them, he was fatally wounded by the police.

It was now evident that the position of the police was almost impregnable and a Catholic clergyman of the parish, Rev. Philip Fitzgerald, endeavoured to mediate in the interests of peace. When a party of the Cashel police under Sub Inspector Cox were seen arriving over Boulea hill an attempt was made to stop them by the rebels whose ammunition was low but the police continued to advance, firing up the road and it became clear that the police in the house were about to be reinforced and rescued. The rebels then faded away effectively terminating both the era of Young Ireland and Repeal but the consequences of their actions would follow them for many years. The McCormack family emigrated to the USA about 1853.  Since that time the McCormack house (which was owned by a number of other families after 1848) has always been known locally as the Warhouse. In 2004 the State decided on ‘Famine Warhouse 1848’ as the official name of the house. 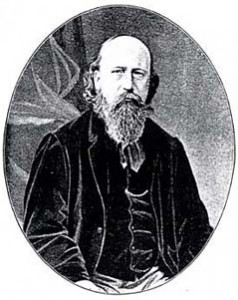 After the failure of the Rising, O’Brien, Thomas Francis Meagher, Terence Bellew MacManus and Patrick O’Donohue were captured and tried for high treason.  Juries found them guilty but recommended mercy. Nevertheless they were sentenced to death by hanging, drawing and quartering. They refused to appeal.
The sentences were, however, commuted by a special act of parliament to penal imprisonment for life in Van Diemen’s Land (now Tasmania) in Australia. There, they were joined by Young Ireland colleagues –  John Martin, Kevin Izod O’Doherty and John Mitchel. Mitchel had been convicted of treason-felony and sentenced to fourteen years transportation in May 1848. Twenty-one locals from Ballingarry and the surrounding parishes were also arrested and jailed in Ireland. Other Young Irelanders escaped to France and the USA.
John Blake Dillon returned from America and died as Member of Parliament for County Tipperary in 1866. James Stephens, John O’Mahony and Michael Doheny  co-founded the Irish Republican Brotherhood (I.R.B) or Fenian movement in 1858. The IRB later organised the unsuccessful Rising of 1867 and the 1916 Rising which led to Irish independence.
Of those transported to Australia, a number escaped to America where they became leaders of the Irish diaspora. Meagher became a Union General leading the Irish Brigade in several great and bloody battles of the American Civil War. John Kavanagh who led the pikemen at the Warhouse died as a Captain serving under Meagher in the battle of Antietam. Meagher died as acting Governor of Montana. 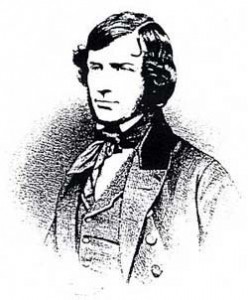 On the other hand, John Mitchel supported the south in the same war. He was later elected Member of Parliament for Co. Tipperary in 1875, the year of his death. MacManus died in San Francisco in 1861 and was accorded a famous funeral in Ireland. Kevin Izod O’Doherty on his release served as a member of the Queensland legislature in Australia and later as an Irish M.P. Charles Gavan Duffy whom the government failed to convict at trial, re-opened the Nation which had been suppressed during the Rebellion, and became an M.P.
He emigrated to Australia where he became Premier of the State of Victoria in 1871. Duffy later became the historian of the Young Ireland movement. John Martin following his release became a Home Rule M.P. O’Brien was incarcerated on Maria Island, off the coast of Tasmania, and then in a two-roomed cottage (now the O’Brien Museum) within the Port Arthur penal colony. He received a conditional pardon in 1854 which was made unconditional in 1856 and allowed him to return to Ireland. He refused many offers from Irish constituencies to return to the House of Commons. He died in 1864 and is buried in the O’Brien mausoleum, Rathronan, Co. Limerick. His statue stands on O’Connell Street, Dublin. 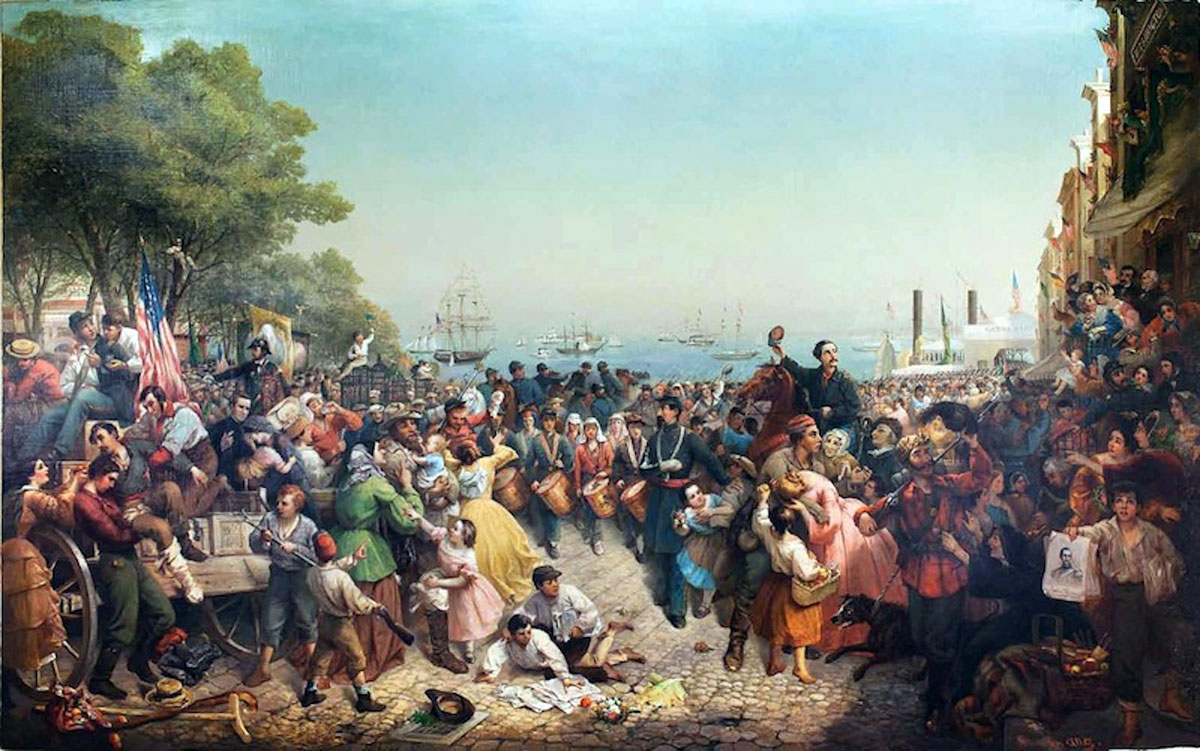 Waterford born Capt Thomas Francis Meagher, who as a member of Young Ireland brought the Tricolour from revolutionary France in July 1848 that would become the flag of Independent Ireland. Col Michael Corcoran, the Ballymote Co. Sligo born commander of the 69th, appears on Lang’s Canvas, as a portrait on a broadside held by a boy in the lower right hand corner of the painting. Fr. Bernard O’Reilly who appears to the left centre of Lange’s painting, attempting to comfort a grief-stricken woman holding a child, doubtless a widow of one of the 41 men from the 69th who were killed at Bull Run. The Irish immigrants who gathered at the southern tip of Manhattan that July day idolised Meagher. “Long life to Captain Meagher, that Irish blood of fame/Who wore the Harp and Shamrock upon the Battle plain/Who said unto his warlike men: Remember Fontenoy!” runs a stanza in Battle of Bull Run, a poem handed out as a broadside ballad on the day. “Then we did retreat, but were not beat at the Battle of Bull Run!” the same poem concludes.