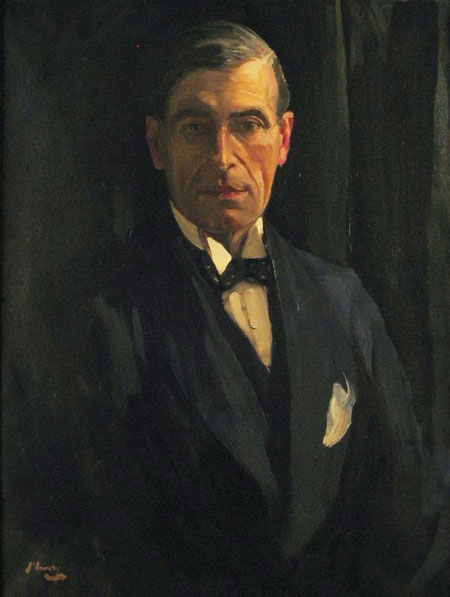 Lloyd George speaking in the Commons regretted that many had failed to come forward to give evidence with regard to the Cork and Mallow burnings. Some indeed, like the mayor of Cork, had fled to America rather than give evidence. One report into the matter was not unanimous; there was evidence of some indiscipline, but no individuals were identified.

Steps had been taken to restore discipline. He also dealt with the activities of Archbishop Clune who contacted many of the Sinn Fein leaders; he had stuck to the condition that the rebels would have first to surrender their arms (Weekly Northern Whig 19 Feb 1921). de Valera told the Dail after he returned from America that it might be necessary to ‘lighten off’ the IRA attacks. There can be little doubt that he was appalled at the way things had turned out. In 1918 it had seemed so easy just to abstain from Westminster, set up a Dail in Dublin and take over the administration. Now Irishmen were engaged in a bitter struggle with each other. Lloyd George continued to try to keep contacts with the Sinn Fein leaders. de Valera was arrested accidentally and was hastily released. Alfred Cope, an assistant Under Secretary in Dublin, was encouraged to make contacts, apparently behind Sir Hamar Greenwood’s back, with Sinn Fein leaders. In the summer of 1920, Alfred Cope and Mark Sturgis were sent to Dublin to nominally to assist Sir John Anderson, the additional Under Secretary. Cope, who had been a detective in the Office of Customs and Excise, was actually sent by Lloyd George to contact Sinn Fein leaders, and in this he was very successful. He was to play a key role in bringing about the truce, and he supplied useful intelligence to the Prime Minister (DNB Cope).

In April 1921 Lord French resigned and was replaced by Viscount Fitzalan. To allow him, a Catholic, to become Lord Lieutenant, a clause in the Catholic Emancipation Act (1829) had to be repealed. An earldom was conferred on Lord French on his retirement.

In May 1921 Lord Fitzalan summoned Parliaments to assemble in Northern and Southern Ireland. Captain James Craig met de Valera at the latter’s request and made it clear that there were no concessions on the Ulster parliament, and that Ulster was fully committed to the Government of Ireland Act (1920). He pointed out that the Council of Ireland would provide the necessary constitutional link. Carson had retired from public life. He had not favoured the partition of Ireland, and he felt that a younger man should take charge of the Northern Parliament. In May nominations for both parliaments were concluded.

The intentions of the proposers of proportional representation in the south were frustrated by the return of only republican nominees; the only genuine contest was in Trinity College. The hypocrisy of SinnFein in proclaiming it supported the rights of minorities was exposed. Lyons too commented on the fact that no candidate stood, or did not dare to stand, against Sinn Fein. Not even the Labour Party. In Ulster the constitutional nationalists and Sinn Fein were working together;the issue was clouded only by the intervention of socialist candidates who have no chance whatsoever. With regard to the Italian elections then being held the newspaper mentioned the communists and supporters of the Third International, and the ‘fascisti’ as the young counter-revolutionaries call themselves who have done things hard to justify, but the provocation was extreme (Weekly Northern Whig 21 May 1921).

Another side of the activity of our Department was the setting up of an employment bureau for Cumann na mBan. Lily O’Brennan, sister of Mrs. Eamonn Ceannt, was placed in charge of this by Madame. She had been up to then Acting Secretary of the Executive of Cumann na mBan. Lily workrooms at Denmark House, Great Denmark Street, the headquarters of the Women Workers’ Union, and it was not long until a hive of industry started. Through our Dublin branches we compiled a list of unemployed members and news of the project spread rapidly. All the unemployed members were absorbed in this new venture. The work of dressmaking, embroidery and turning out all sorts of garments went ahead. A senior member of the dressmaking staff was put in charge and our well-wishers brought their materials to be made up. This gave Lily more time to devote to other duties. After some time when tie Co-Operative Clothing Company set up in Middle Abbey Street, all the employees in our workrooms were absorbed into its different sections.

Finding a parlour-maid for the Castle.

Part of the Statement of Eilis Bean Ui Chonaill (Eilia Ni Riain), 23, Vernon Grove, Clontarf, Dublin Association with the Keating Branoh of the Gaelic League and Cumann na mBan. One morning about June, 1920, when Lily arrived at North Frederick Street she exclaimed, “I have an urgent message from Mick. Could you get a reliable parlour-maid for Mr. Alfred Copes in, Dublin Castle? She must be young and good-looking; the matter is very urgent”. This request required deep consideration. We knew from the list of unemployed that we had no member available end were unable to locate anyone among our own crowd to suit the job. Maire Gleeson, one of our members, was an employee of the late Dr. Donnelly of Haddington Road and the parlour maid there though not a member was sympathetic. The Bishop had just died and this girl had obtained employment in one of Maurice Collins’ shops. We decided this girl would be more than suitable if only she would accept the offer. I immediately went down to the shop and discussed the matter with her, stressing the importance of the opportunity. She there and then accepted the offer, provided her employer agreed. Before I left the shop Maurice arrived and I told him my mission. He said if Miss McDonagh agreed this was the girl’s name he’d get in touch with Mick immediately. She was installed in her job in the Castle in a few days. Arrangements were also made regarding bar a visitors. I was debarred from even recognising her in the street. Maire Gleeson who was staying with Mrs. McDonagh’s married sister on Drumcondra Road, my sister, Aine, and Âine Malone were selected as suitable visitors.

It was arranged by the Intelligence Department that her lady visitors would call on her at times which coincided with the exercising of prisoners in the Castle Yard and when they were on identification parades. At this time many Volunteers were captured and brought to unknown destinations and the visitors’ job was to endeavour to identity them on parade together with general observation at the Castle. back expressed to Maurice his satisfaction at our success which, incidentally, we all regarded as part of the day’s work. Needless to say, Lily O’Brennan was also delighted. 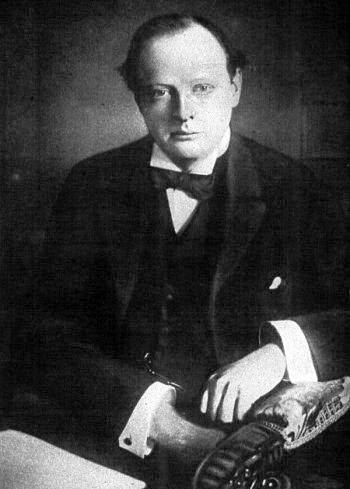 “It is a curious reflection to inquire why Ireland should bulk so largely in our lives. How is it that the great English parties are shaken to their foundations, and even shattered, almost every generation, by contact with Irish affairs? When did Ireland derive its power to drive Mr. Pitt from office, to drag down Mr. Gladstone in the summit of his career and to draw us who sit here almost to the verge of civil war, from which we were only rescued by the outbreak of the Great War? Whence does this mysterious power of Ireland come? It is a small, poor, sparsely populated island, lapped about by British sea power, accessible on every side, without iron or coal. How is it that she sways our councils, shakes our parties, and infects us with great bitterness, convulses our passions, and deranges our action? How is it she has forced generation after generation to stop the whole traffic of the British Empire in order to debate her domestic Affairs? “Ireland is not a daughter State. She is a parent nation. The Irish are an ancient race.

`We are too,’ said their plenipotentiaries, `a far-flung nation.’ They are intermingled with the whole life of the Empire, and have interest in every part of the Empire wherever the English language is spoken, especially in these new countries with whom we have to look forward to the greatest friendship and countenance, and where the Irish canker has been at work How often have we suffered in all these generations from this continued hostility? If we can free ourselves from it, if we can to some extent reconcile the spirit of the Irish nation to the British Empire in the same way as Scotland and Wales have been reconciled, then indeed we shall have secured advantages which may well repay the trouble and uncertainties of the present time.”

Such was the impact of Churchill’s speech that only about sixty Tories voted against the Irish Treaty in the Commons; but this group formed the nucleus of a potential Conservative revolt against Lloyd George’s leadership of the governing coalition.