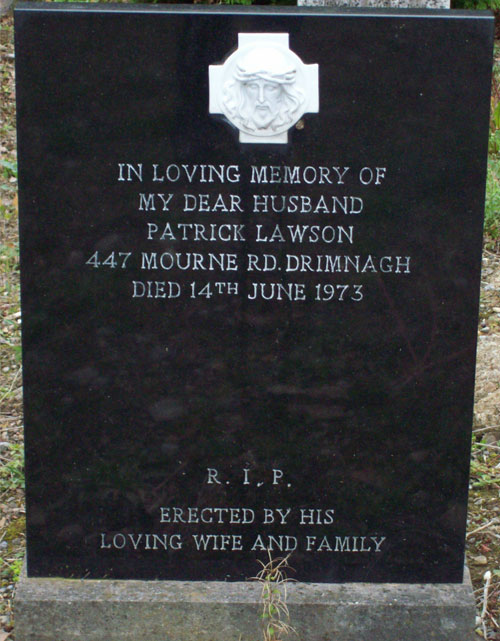 Patrick Lawson witness statement from the Bureau of Military History, Military Archives in which he states that he joined the squad in March 1921. His enrolment into the squad with two others brought the unit up to 21 in strength, broken into three groups under the command of Joe Leonard, Tom Keogh and Jim Slattery. He was involved with the burning of the Custom House and was captured and imprisoned until the treaty was signed in 1922.

Patrick Lawson said the following about his involvement in ‘Bloody Sunday’ in his witness statement. “At the time he was a member of F Company, 1 Battalion, Dublin Brigade and his Company Commander was Paddy Holohan. He did not join ‘The Squad’ until March 1921. His exact text reads: Bloody Sunday. ‘On the night before Bloody Sunday, 21st November, 1920 Paddy Holohan, our Coy O/C. instructed us to present the following morning at 41 Parnell Square at ten minutes past eight. He told us that we were to carry our guns. Six of us were detailed and reported next morning at the appointed time. Paddy Holohan arrived and told us to go home as the job had been called off. The only information he gave me was that we were to have gone to some house in Phibsboro’. He just mentioned this in a casual conversation afterwards when the results of Bloody Sunday were known.”