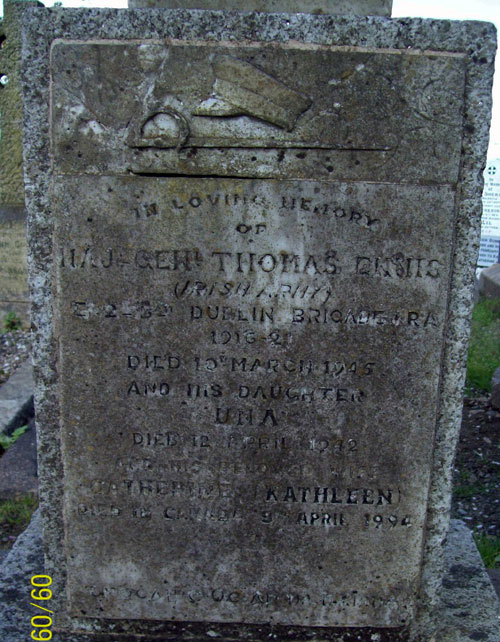 Bloody Sunday – The major and most successful operation to the credit of G.H.Q.Intelligence was the execution of 16 B.I.Officers on the morning of the 21st November, 1920. We attended at the Typographical Societies Offices in Middle Gardiner St. on Saturday night, the 20th, for final briefing on the ( job ) to be carried out the following morning. I was detailed as I.O. to the Squad to execute Lieutenants Gerald Ame’s and Bennett at 38 Upper Mount St. The only information I had as to their whereabouts at this address was a recently captured letter to Ames and in which Bennett was mentioned. At 10 o,clock on that night I went to Upper Mount St. to locate the house. Before leaving I arranged with the Squad leader, Vincent Byrne, where to meet the following morning. The time arranged for the jobs throughout the city was to be 9 a.m. on the 21st. We gained access to number 38 without any difficulty. I asked a maid where was Mr. Bennett and Mr. Ame’s. When she told me, we tried the door of Bennett’s room which was locked. Herbert Conroy, a member of the Squad, had a sledge hammer under his coat and wanted to break in the door. I would not let him but instructed the maid to knock on the door which was opened by Bennett. We took him to a return room where Ame’s was sleeping, and having asked the squad for as much time as possible, as I was interested principally in the papers these I.O. might have, they were then executed in Ame’s room. In my anxiety to make a thorough search I was unaware that the squad had left and, hearing some shooting in the street, I walked to the door of Bennett’s room. I heard a noise and looking down the hall I saw a British soldier outside the room where the two bodies were. I wheeled round to shoot but the soldier jumped into the room. At the same time, Tom Ennis, who was shooting across the street from the door step of 38, called on me to come on.

I went to the door to see across the road another British soldier shooting down the street at the backs of retreating Squad with what appeared to be a .22 automatic.We both fired and he jumped in through the doorway of his house. Afterwards we learned, much to our disappointment, that Major Carew, a much wanted Intelligence Officer, was living in the house opposite, and the soldier firing was obviously his bat-man.

Tom and I hurried after the squad, the line of our retreat being to Sir John Rogersons Quay and by ferry across the Liffey to the North side. I had to walk to the east side of Clontarf, armed, and with my pockets full of enemy documents. The prospects of getting there before the British were aroused and out on patrol were not very rosy. However, this was accomplished and I found I had captured some valuable documents when I sorted them out later that day at my home.

Amongst the papers I had Ame’s note-book which showed that their system of Intelligence work was similar to ours insofar that they had agents or ( touts ) working on identity numbers for patrol purposes in various areas about O,Connell St, Parnell St. and Parnell Square, and other areas likely to bear fruit from the point of view of their touts spotting our people.