by Senator Maurice Manning at Béal na Bláth in West Cork on the 77th anniversary of the death of Michael Collins: 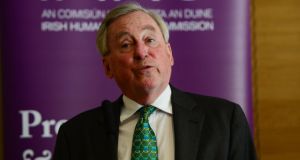 ‘History did not begin with us. Our success is not self-made,’ he said. ‘It could not happen if the foundations had not been well laid, if the roots of a strong civic culture had not been deeply implanted and the values of a democratic society not deeply embedded.’

He stated that Collins would have seen the fruits of the current economic boom spread among all of the citizens of the State. He pointed out that although many other nations had achieved Independence at about the same time as Ireland that few had achieved the level of stability and prosperity that Ireland had and that this was Collins’ greatest achievement.

‘Michael Collins would have taken a quiet satisfaction at the way his comrades went about the unfinished business of building a new state’.

He said that Collins would have been the first to agree that ‘the pioneering work of Cosgrave’s government during the 1920s was the defining work of this century, but he would have given credit, too, as his successors did not, to the achievements of Éamon de Valera, and in particular to the wisdom and durability of his constitution; he would have applauded the modernising energy of Seán Lemass, the anger of Noel Browne or Declan Costello in face of social injustice. He would have rejoiced in our membership of the European Union and the opportunities it has given us, and would not have been surprised that young Irish people today are as successful as anywhere else in the world, and would have seen nothing strange in the fact that Ireland’s use of its greatest natural asset – the talent of its people – lies at the heart of our current success.’

‘But he would also have sharp words to say about how we use that success. He would have been quick and direct in this time of unprecedented affluence to bring us back to the point of it all.’

‘In a letter to Desmond Fitzgerald on July 12th, 1922, he wrote: `What we must aim at is the building of a sound economic life in which great discrepancies cannot occur. We must not have destitution or poverty at one end, and at the other an excess of riches in the possession of a few individuals, beyond what they can spend with satisfaction and justification. The growing wealth of Ireland will, we hope, be diffused through all our people, all sharing in the growing prosperity, each receiving what each contributes in the making of that prosperity, so that the wealth of all is ensured.’

‘If our leaders today seek guidance as we enter a new century they need go no further than these words of Michael Collins; nor look further than the examples of personal probity and modest frugality, of quiet discipline and personal integrity of the men on both sides of old Sinn Féin.

‘They need go no further for inspiration than W.T. Cosgrave’s insistence on honest public institutions with no purpose other than to serve the public, Dick Mulcahy’s hard-headed enthusiasm for the Irish language and culture, Seán Lemass’s practical patriotism or James Dillon’s insistence on a strong vigilant parliament as the greatest servant of all in defending the public interest.

‘In other words these elements and many more are the legacy of Michael Collins. That legacy is a noble and good one.